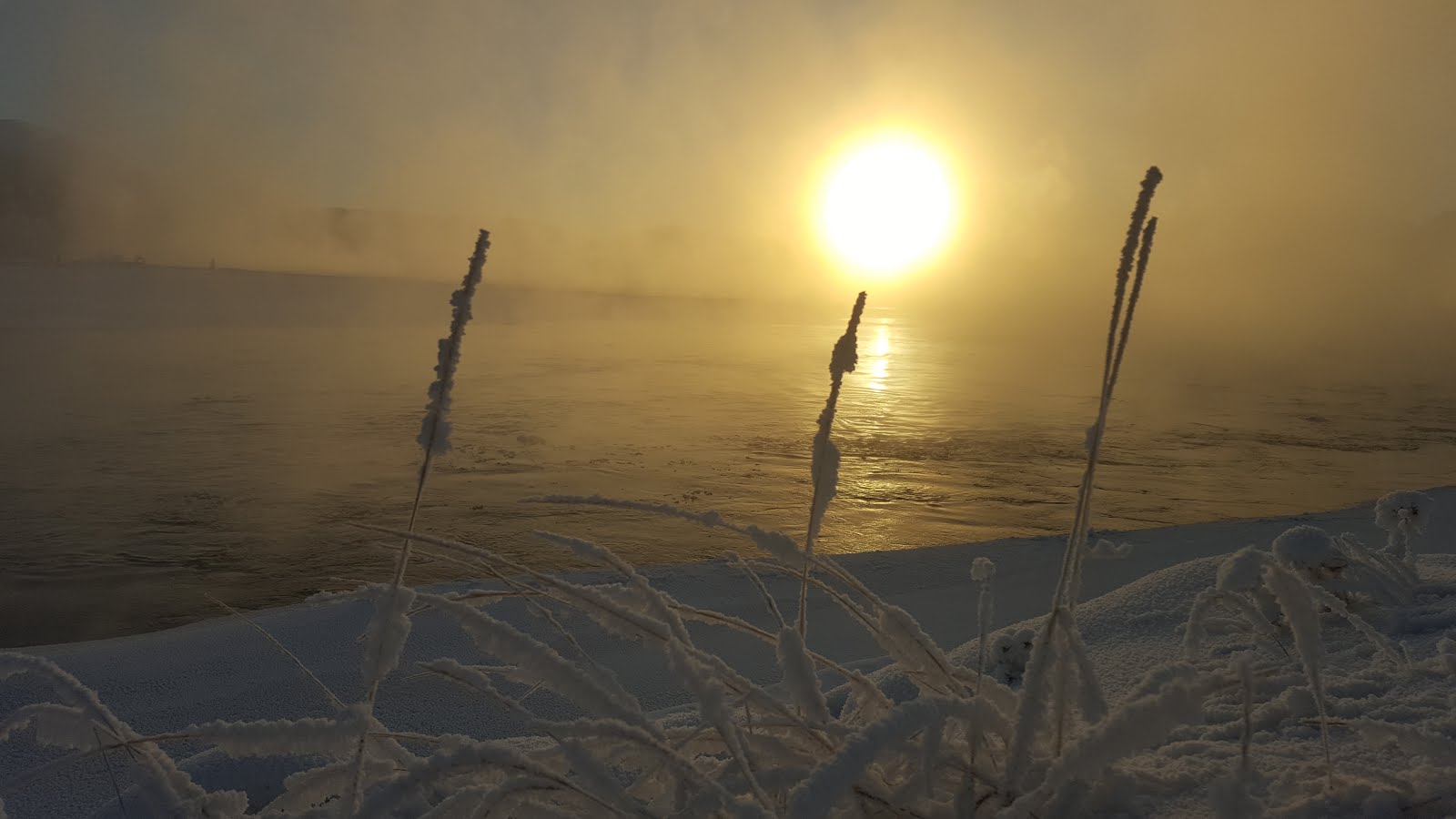 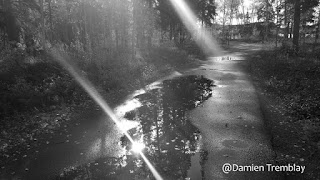 Light on the Hills 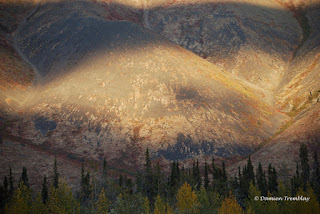 Mountains in the Peel Watershed 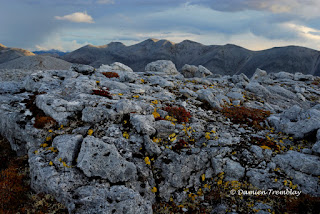 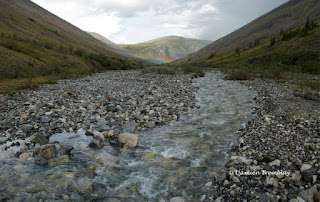 Imagine a game where the winner gets to control the fate of a few thousand square kilometers of mountains and rivers. Envision two players, with opposite goals, and a strong will to win. The game is long; it takes years to be played. It is a game of power. Thus, it takes strategies to win it. Welcome to the Peel Watershed game.

Player A, the Yukon Party, dominated the game until now. They are in power and have access to the structure of the Yukon Government (YG) to impose its views. Last January, despite the views of a commission that worked for years on the question, Player A opened more than 70 per cent of the watershed to industrial development. This player has the strong support of a business community in which miners have an important role.

Player B wants to protect the Peel watershed from industrial development. They are the “Peel guerrilleros” because they are a diverse crowd, and because “guerrilla” is a good analogy for the way they fight. Player B includes First Nations, opposition parties, conservation groups, game outfitters, artists, individual citizens etc.

Absorbed lately by the 48 Laws of Power of Robert Green, I decided to borrow some laws and apply them to the game for the Peel watershed. Of course, one should remember that following the rules of morality and democracy are not always the best ways to win. What are the strategies in place? Can they be improved? Let’s try to reveal some of them, even if the exercise remains superficial on this complex matter.

1- Conceal your intentions. Always say less than necessary. Player A is a master at this strategy. The last territorial elections the Yukon Party eluded the Peel question, knowing it could lose some votes if its real views had been presented. Admittedly, their real views were an open secret. Player B seems to have an opposite strategy: publicize everything. But is it always the right strategy? Is transparency the best way to gain power?

2- Divide and conquer. Player A should use this more against Player B. The diversity and numbers of the guerrilleros is a mixed blessing. It is not a cohesive group. Can it implode? How can their consensual views on the Peel be destroyed? The guerrilleros have weaknesses that are not exploited enough by the party in power.

3- Win through your actions, never through argument. Player A is leading the dance. The watershed is open to development. The Yukon Party is in power and has the initiative, while the guerrilleros only react to their moves. Player A, through YG, is distracting people with wordy pamphlets boasting a “balanced plan” for the watershed. This is a strategy of deception. The actions of the guerrilleros are often weak and always lack the element of surprise. An example: they love petitions. But petition is not action. To sign a petition is making a wish. Meaningful action is often the addition of a bold move with an unwavering follow-through. Furthermore, they need to reach a much wider audience to be more effective. A worldwide audience could provide leverage to their cause, but petitions are not the best tool for that. Until now, the interest of the world for the Peel has been limited. How to be heard in the ocean of information? Well, the Peel is just another region threatened by development. No big news here.

4- Appeal to people’s self-interest. The interest of the Yukon Party is aligned on the interest of the miners. It is an economic interest. What are the interests of the guerrilleros? They are of different nature. The game outfitters, the canoeists, the First Nations; all have different reasons to protect the Peel. That is why their common interest should be defined with more strength if they want to present a unified front. Player B should find the words to explain player A voters why it is also in their interest to protect the Peel.

5- Do not build fortresses to protect yourself. Isolation is dangerous. Although the Yukon Party is in power, it may become more and more isolated. They feel safe in the YG castle but they are not winning allies anymore. In fact, even some miners are unhappy with their decision about the Peel; the plan does not allow enough development for them. Will isolation be the precursor of defeat?

6- Do not offend the wrong person. Player A did offend the wrong persons: First Nations. A lawsuit has been filed. They were not bluffing. Have the land claim treaties signed with First Nations been violated? We will see. One thing for sure: another level of government will go against the latest decision of the Yukon Government. First Nations have the financial and legal means to reach for a court decision that will put the advantage on the side of the Peel protection.

7- Re-create yourself. Opposition parties, like the NDP, are using the same terms than their opponents. When they answer “the last time we checked, that’s not balanced” they are using the same words than YG; they are just followers. They need a new terminology to impose their views. Player A uses rhetoric based on: “The Peel watershed: A balanced plan for Yukon.” Unfortunately it shows they cannot get rid of technocratic and euphemistic language that will block opportunities to find new allies. Seriously, the Peel is just a “plan?”

8- Create compelling spectacles. That’s where the guerrilleros shine. Many artists have rallied the peel protectors and their imagery is compelling. Their photographs depict a wild and pristine place that is of such beauty that the right political choice seems obvious. It should remain undisturbed. Those images carry an emotional punch. The same cannot be said of the YG imagery, flat and unmoving, even when they are using images that are 100 per cent wilderness. On some of their pamphlets we see hikers, tents, or humans at work in the wilderness, nothing disturbing of course.

9- Work on the hearts and minds of others. Words are double edged swords. Give too many and they create confusion, although they are useful to cover actions. Don’t use them enough, or use them wrong, and you miss the opportunity to seduce and control. In terms of words both players fail to convince. Too wordy, the Yukon Party does not touch emotions. Although they try to capitalize on fear and greed when they talk about the need of “getting more jobs in the Yukon” and threaten that miners could launch legal action against YG if we protect the Peel. The guerrilleros also fail with words. The ubiquitous sticker: “Protect the Peel” is a good example. It is one of their most recognizable phrase, however the “why” we should protect the Peel is missing in this statement. Providing that would help their campaign. They should choose one reason. The strongest reason. And use a metaphor to convey their idea. Of course, images can be metaphors too. But compelling words are needed. Metaphors are winning cards underused by both players.

10- Assume formlessness. The most adaptable may win. We already said that player A is frozen in the Yukon Government structure. It is also stuck in its ideology. Player B seems more flexible. Peel guerrilleros are many, everywhere, and do a multitude of small actions that could have a cumulative effect and bring success. They need to strengthen their discourse and channel energy into more efficient actions. There are more cards to play.